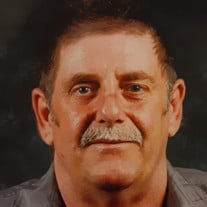 Ronald Jay Neely, age 61, passed away February 8, 2020 in Salt Lake City, Utah from complication of many long term medical conditions. Ronald was born on September 2, 1958 in Ennis, Montana to Thelma Aileen Latimer Neely and Monta Vern Neely. He is survived by his sister Carroll Cropper, brothers Gene (Chris) Thomas, James Neely, Aunt Beverly Call, and many nieces and nephews. Although he had step-children that he loved, he never had children of his own. He was preceded in death by his mother, father and sister, Della (AJ) Johnson. Married Janet Mangum on September 6, 1987 in Salt Lake City, Utah, later divorced. Married Shannon Cole on October 18, 2004 in South Jordan, Utah, later divorced. Celebration of Life will be held on Saturday, March 7, 2020 at 2:00 pm at The Church of Jesus Christ of Latter-day Saints Liberty Stake 4th Ward Building located at 420 South 800 East, Salt Lake City, Utah 84102. Arrangements are under the direction of Wiscombe Memorial.

The family of Ronald Jay Neely created this Life Tributes page to make it easy to share your memories.

Send flowers to the Neely family.