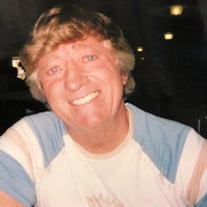 Obituary for Roderick Anderson, written by his second daughter Sheryl. Roderick Duane Anderson, age 75, passed away on September 26th, 2020 at Intermountain Medical Center due to Acute Respiratory Distress Syndrome. He was born on September 19th, 1945 at Queen of Angels Hospital in Los Angeles, California to Luane Roderick Anderson and Ivan Emanuel Anderson. Rod grew up in the Church of Jesus Christ of Latter-day Saints with his family in the hills of South San Gabriel, California. His mother's family were baptized members of the Church in 1831. Rod is a proud descendant of pilgrims, pioneers, farmers, storytellers, musicians and builders. His father designed and built Rod's childhood home and his mother played the piano, accordion and sang. Among five siblings in total, Rod was "older brother" to Richard, Brian and Patrick and 18 months younger than his sister, Yvonne. He graduated Mark Keppel High School in 1964, excelling in football, track and shot put and astounding friends, family and strangers alike with his weightlifting and dare-devil feats, including no-net-below handstands in limbs of tall trees! As a Marine Reserve during the Vietnam War, he was a highly skilled M-14 Sharpshooter, receiving an Honorable Discharge as Lance Corporal (E-3) in 1971. While on base, his reputation as a bodybuilder and weightlifter was made legendary as he broke the record for deadlift, just shy of 600 lbs. The discipline, fortitude and loyalty he gained as a US Marine are some of his most endearing and enduring qualities he had, besides intense and passionate nature and his incredible sense of humor. In 1969, while attending Brigham Young University to study Engineering and Drafting, he met the love of his life Donna Lee Blackman at a Ward dance. They married in January 1970 in the Salt Lake City Temple and settled in Southern California where they had five children together: Leeann, Sheryl, Stephen, David and Christian, all of whom he entertained and loved for their individual personalities and abilities. Rod was an incredible salesman, promoter, and draftsman. His career-life is as colorful and exciting as the man himself! He began as a door to door Hoover vacuum salesman then became a favorite fishmonger in Southern California, teaching young Patrick the ropes. Then Rod landed in promoting live performances, and booked gigs across the country for his cousin Al Carter, who was a professional trampoline artist in the 70's. He booked Ronald McDonald's Safety Assemblies all throughout LA Unified School District. His most exciting and well remembered work came as the number one pool designer and salesman for the top Southern California "pool company to the rich and famous", California Pools. Many nights he was late home to dinner because he had to "cook a deal" with a famous entertainer. His awards were many in the way of plaques, certificates and honored dinners at high profile Hollywood venues. In 1982, Rod moved his family to Orem, Utah. He spent time with his brothers, cousins, sons, nephews and son-in-law Chad fishing, hunting and golfing. Many an incredible story has been told in homage to these great events! In 1997 Rod and Donna divorced and he remained in Orem to be close to his brothers and daughter Leeann. Rod was blessed as a father-in-law for three beautiful women. He has been heard to say that Kim was a good cook and seemed to have great patience for him, that Jennilyn was the best wife Steve could have, and that Sylvia's kindness was always lovely to see. As a grandfather, his dear grandchildren were always on the top of his mind and in many conversations he had with his friends at the gym and other family. The main vision for his life was to see each grandchild graduate from high school. Since his cardiac arrest 7 years ago, Rod sustained severe nerve damage in his lower extremities, and weakened his lungs. This terrible physical impediment pushed him to develop a deep relationship to morning prayer and the Loving Kindness practice to lift, build and raise his fellow brothers and sisters, no matter how much pain he was bearing. He spent his time ministering the teachings of Christ to his family and friends, young bodybuilders at the gym, even strangers at the store. VASA Fitness became his second home to fight against his pain; he was seen benching 350 lbs just 3 weeks before he went into the hospital. Everyone in his life knew that he felt born again through the unconditional love of his Savior. Rod is preceded in death by his parents and in their memory he would remind us that, "Life is short; learn to love one another unconditionally." There will be a viewing held at the Church of Jesus Christ of Latter-day Saints 590 North 900 West, Orem, Utah on Thursday, October 1, 2020 from 1:00 pm-2:15 pm. Due to COVID-19 restrictions masks are required and social distancing is recommended. The Family Graveside Service is by invitation only and is limited to 50 people at the Utah Veterans Memorial Cemetery and Memorial Park in Bluffdale, Utah. Arrangements are under the direction of Wiscombe Memorial.

The family of Roderick Duane Anderson created this Life Tributes page to make it easy to share your memories.

Obituary for Roderick Anderson, written by his second daughter...

Send flowers to the Anderson family.