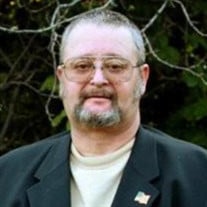 Robin was born in the Fall, on October 16, 1954, as the 4th child of Edward H. and Mildred Allen Tanner’s 5 children. Robin grew up in Granger, Utah, on the Northeast corner of 4100 S and 2200 W. He attended Granger Elementary, Valley Jr. High, and Cottonwood High School. Robin tragically suffered the loss of his Father when he was fourteen years old. After the passing of his father, his mother remarried and the family relocated to Canada for a time, eventually moving back home to Utah. In 1974 Robin Married Vicki Sue Darrington. They had one daughter, Honilyn Darrington (Daniel Stransky). Robin and Vicki later divorced. On April 22, 1977, Robin married the love of his life, his beloved wife Maureen Maynes. Together they had six children Tammy Rosana (Dan Ralph), Mindy Sparkle (Darrin Sipes), Candy Ann (Paul Maxfield), Robyn Chrystal (Forrest Nice), Robin Edward II (Jasmine), and Timothy Adam (Christy). Robin and Maureen raised up a very tight knit family. Robin and Maureen love all seven of their children dearly and taught them to love each other dearly. They are the proud grandparents of 22 grandchildren, who make up their whole world. His family is the legacy Robin leaves behind. Robin was employed most of his life at Tesco Williamson, in Salt Lake City. He was a welder building dump bodies. His children have many memories of going to have lunch with Dad at work. When a dump truck drove by with Tesco mud flaps and a flying “W”, his kids would often ask, “Dad, did you build that one?” They loved to see their dad’s handy work around town. Robin was forced to retire early when he was diagnosed with that stupid damn Myasthenia Gravis, which would change the rest of his life. Robin is a man of God. He made an effort throughout his life to teach his family the importance of prayer. His family has many memories of praying together as a family. He and Maureen taught their family that in some situations in life all you can do is pray and have faith in our Heavenly Father. If we trust Him everything will be alright. On July 20, 2021, Robin was reunited with his son, Robin Edward Tanner II, and his granddaughter, Holly Aubrey Yates, as he passed away peacefully, at home in his bed, surrounded by his loved ones. Robin is survived by his wife, 6 of his children, 21 grandchildren, brother; Lynn Tanner, sisters; Arlene Lowell, Nea Jean McDaniel, Terrie Tanner, stepbrothers; Alled Bates, and Brian Walker, many nieces and nephews, one aunt, and many cousins that he cherished and valued greatly throughout his life. He is preceded in death by his son Robin II, his granddaughter Holly, his parents Edward and Mildred, stepsister Diana Hoganson, and many other loved ones. Robin will be dearly missed by his family and friends. Services will be held Wednesday, July 28, 2021, at the North Pointe chapel of The Church of Jesus Christ of Latter-day Saints, located at 1460 N Morton Dr. in Salt Lake City, Utah. The viewing will be from 9:00am-10:15am, and the funeral service will begin at 10:30am. Interment will be 2:00pm at The Pony Express Memorial Cemetery, 4648 N Eagle Mountain Boulevard, Eagle Mountain, Utah. The Tanner family would like to express their many thanks to all of the hospice, home health, and hospital workers who have cared for Robin over the past four years. Live Streaming Instructions: 1. Joining by computer a. Go to zoom.us in any internet browser b. Click “join meeting” c. Enter the meeting id – 88214881601 d. Click “open zoom meeting” e. Enter the meeting passcode – 496124 f. Click “Join with Computer Audio” g. Click “Mute” in the bottom left hand corner so that your audio does not interrupt the funeral services 2. Joining by phone or iPad a. Download the Zoom app b. Open the app and select “join a meeting” c. Enter the meeting id – 88214881601 d. Select “join” e. Enter the meeting passcode – 496124 and select “okay” f. Select “mute” in the bottom left hand corner so that your audio does not interrupt the funeral services.

Send flowers to the Tanner family.