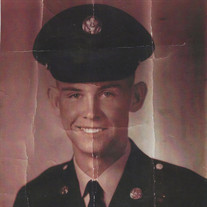 On October 8th, at 4:59 AM Phillip (Phil) Alexander finally got to go home. He was surrounded by his two daughters who cared for him at the end of his illness. Phil was born on the 25th of March 1944 in Price, UT. The youngest of three brothers to Eugene Robert and Opal (Bromley) Alexander. Ten days shy of his 1st birthday, Phil lost his father in combat at the Battle of Remagen in Germany. Opal later remarried and Phil was blessed with four half-brothers and one half-sister all of whom he loved dearly. Phil met and married Stella Jean Prettyman on December 21st, 1966. They had three children Phillip Wade, Ernest Eugene (Bud), and Jennifer. They later divorced. Phil then met and married Janet Lyn Bohn on the 23rd of September 1973. They had a daughter born to them that they named Suzanne. Phil was very proud of his service in the U.S. Army. His father’s death had a profound effect on him so he enlisted in the Army January 5th, 1965. Phil was trained as a field radio mechanic. He was then sent to Germany and served as a guard on the Berlin Wall, witnessing many atrocities during the time he served his country. He earned the National Defense Service Medal and the Army Occupation Medal. After coming home from Germany, Phil worked as a TV repairman as well as in the coal mines of Carbon County. Phil loved motorcycles, with his first one being an Indian. He would ride all over with his beloved brothers. Camping, fishing, hunting, playing music, and singing were some of his hobbies, but what he loved most was doing all of them with his family. Above all, Phillip loved his family. He was a softhearted, kind, caring individual who would have, and did, give the shirt off his back to anyone in need. Phil is survived by his children Wade, Bud, Jennifer, and Suzanne. He is also survived by his brothers John (Judy) Damron, Jerry (Janet) Damron & Karl Damron. He also leaves many nieces and nephews whom he all loved; eight grandchildren, one great-grandchild, and one very special granddog Ollie. He is preceded in death by his mother, father, brothers’ Bob and Jess, stepfather Eugene, half-sister Pat, and half-brother Dale. Dad, you never left your post and you carried that trauma throughout your life. Good work soldier. You did your duty with honor and now you’re home. A graveside service with Military honors will be held on Friday, October 16th at 2:00pm at the Veterans Cemetery and Memorial Park in Bluffdale.

On October 8th, at 4:59 AM Phillip (Phil) Alexander finally got to go home. He was surrounded by his two daughters who cared for him at the end of his illness. Phil was born on the 25th of March 1944 in Price, UT. The youngest of three brothers... View Obituary & Service Information

The family of Phillip "Phil" Alexander created this Life Tributes page to make it easy to share your memories.

Send flowers to the Alexander family.