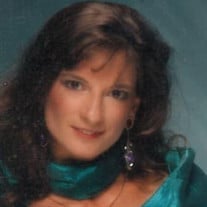 Patti was born Patricia Jeanne Stebbins on March 16, 1965 in Toledo, Ohio during a major snow storm. The family moved to Michigan where Patti attended school until the family made the move to California in 1978. Shortly after our move to California, Patti decided she wanted to live with her dad in Florida. While attending there she got involved with the school newspaper as a photographer, a job she truly loved. She was good at it too. She eventually returned to California and graduated from Indigo High School. She went on to Palm Desert Community College and studied architecture. She skillfully utilized the skills she learned in class. She moved to Beaver, Utah in February 2007. In October of 2018 she moved to Reno, Nevada for a fresh start. In July 2019 she moved to Salt Lake City and even got her own apartment there in January 2020. As a young girl Patti loved ballet and gymnastics. As she aged she took up photography and martial arts. She was a gourmet cook. Patti had worked in the food and beverage field for 30 years and picked up many of her cooking skills during that time. Patti had a great singing voice. She worked with her brother in his DJ/Karaoke business, even taking full control of the equipment and the party when there was a double booking. On January 24, 2015 Patti got baptized and joined the Church of Jesus Christ of Latter-day Saints. She desperately wanted to get her life in order. Many of the church members took Patti under their wings. She loved these people dearly because she felt their love. She'd offer service wherever and whenever an opportunity presented itself. That's when she was her best self. However, she had a destructive demon (alcohol) she couldn't conquer. As hard as she tried she was not able to quit drinking. Many family members and friends tried to encourage her to get help. I, as her mother, was unable to influence her and watched her failing before my very eyes until she was gone. I'm sharing this detail of Patti's trials and tribulations in hopes that I can encourage anyone who has a similar problem, to seek help. I want people to know that Patti had a good heart that many people didn't see, because of her drinking. Patti's death was such a waste of God-given potential, not to mention the heartache and loss we feel as a family. Patti entered the arms of her Heavenly Father sometime between October 4-7, 2020. She was alone in her apartment, so we don't know when or how she died. That's a real heartbreaker for her family. Her father Robert Stebbins died in 1999. She leaves behind her mother Genie Gray, a sister Valentina (John) Ferguson, a brother Charlie (Amanda) Gray and nieces; Alannah, Savannah, Cadence and nephews; Charlie and Oliver of Reno, Nevada. She also leaves behind her aunts; Julie (Lamont) Bleyaert of Woodstock, GA., Florence Kerving of Grosse Pointe Woods, MI., and Elizabeth Targonski of Palm Desert, CA. She also has cousins, step-brothers, and sisters who will miss her. A memorial service will be planned for some time in November 2020. Details are pending. Arrangements are under the direction of Wiscombe Memorial.

Patti was born Patricia Jeanne Stebbins on March 16, 1965 in Toledo, Ohio during a major snow storm. The family moved to Michigan where Patti attended school until the family made the move to California in 1978. Shortly after our move to California,... View Obituary & Service Information

The family of Patricia Jeanne Stebbins created this Life Tributes page to make it easy to share your memories.

Send flowers to the Stebbins family.