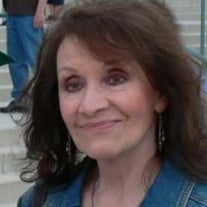 Maureen Rae Owens Petersen passed peacefully through the veil on Saturday March 30, 2019 in Sandy Utah. She was born on July 30th, 1936 in Salt Lake City, Utah. She was the second daughter of Victor Floyd Owens and Vera Ashby Owens. Maureen grew up in the Mormon faith with both parents being decendents of early pioneers. She attended South High where she met and later married Marion Grant Stout. They were married in February, 1952 at her parents home. In 1956 she and and Grant and their 3 children moved to southern California. One more child was born a year later. She and her young family were active in the Church of Jesus Christ of Latter-day Saints. In 1970 the family moved to San Antonio, Texas. One year later she divorced and moved back to Salt Lake City. She remarried in 1988 to Arnold Christen Petersen, whom she later divorced. Maureen always kept an impeccable garden that brimmed with vegetables, fruits and flowers-all expertly arranged. She took great pride in cultivating the ideal setting for her beloved plants. She will be remembered for her great love of the earth. Maureen is preceded in death by her parents Victor and Vera Owens, sister Mildred Fay Knaras, and son Larry Dean Rogers. She is survived by her children, Vickie Rae Murry, Kelly Grant Stout (Mary), Vera Denise Wilcox (Michael King Sullivan Jr.), Carrie Amelia White. Maureen leaves behind the following grand kids: Stacy Larsen, Nicholas Giordano, Jesse Owens, Alex Murray, Michael Murray, Jeremy Stout, Kelli Marie Threet, Dylan Wilcox, Amelia White, Ian White and Hannah White. She also leaves behind 8 great-grandchildren and numerous nieces and nephews. Viewing will be from 6 to 8 pm on Thursday, April 11th at the Church of Jesus Christ of Latter-day Saints located at 1165 E. 8600 S. in Sandy, Utah. Services will be on Friday, April 12th at 12:30 pm at the same chapel with a viewing to be held one hour prior to services. Interment will be at Wasatch Lawn Memorial Park at 3401 S. Highland Drive, Salt Lake City, Utah.

The family of Maureen Rae Owens Stout Petersen created this Life Tributes page to make it easy to share your memories.

Send flowers to the Petersen family.