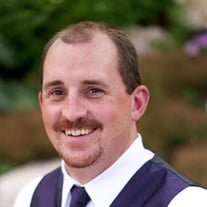 This is the story of the adventurous life of Kyle Willis. The hell raising, joke telling, crazy risk-taking man who passed away on March 31st, 2020. Kyle made his mark on the world in his 39 years and touched many lives during his time with us. Whether it was climbing to the tops of mountains, his service in the National Guard, or dunking a basketball on every school blacktop in the state of Utah, Kyle was the best.   Born to Lee Willis and Joni Haacke, Kyle came into this world on January 23rd, 1981. Growing up in Kearns, Utah with his 3 siblings, Kyle ruled the neighborhood. Bike rides and sports were his calling card and everyone that knew him, loved him. He was the founder of the “swear bush”, he was the best screamer, and he cared dearly for those close to him.   Laughing was the norm around Kyle. From childhood to his adult years, he knew how to hit your funny bone. His sense of humor wasn’t as much in his words, it was more in his demeanor. Facial expressions, noises, behavior, and movements were the tools in his hilarious toolbox.   After moving to West Jordan, Utah at the age of 11, Kyle developed a love of cars and movies. Kyle loved classic cars. He dreamed of riding around in a blue 1974 Chevy Impala.  His knowledge of movies was unmatched. He was especially keen on scary movies and comedies. The Predator series, Star Wars, and Pee Wee’s Big Adventure were a few of his favorites.   Kyle attended Bennion Junior High and graduated from Cottonwood High School in 1999. Kyle was street smart and street tough. He wasn’t the “put my nose in a book and learn” type. He learned by doing. He learned by taking chances and making mistakes.   He was incredibly creative. He used his creative side to build, carve, and create the most amazing things. His capacity to think of something and then create it was an incredible talent.   Kyle served in the national guard. This was something he was extremely proud of, as was his family. He had found his purpose and served courageously. He served his country and his family name while he served to defend our freedoms. Kyle was deployed in Iraq from 2010-2011. He continued to serve in the national guard until 2015.   The love of Kyle’s life, Miranda Mendez, came into his life soon after his service. They loved each other deeply. Kyle had a gentle and loving side of him that really developed when he and Miranda were together. Miranda has 4 kids. Kyle was a great example for them. He was an incredible father figure and influence. He protected them and helped them develop into the great people they are now.   Kyle will forever live in our hearts as we share stories of his humor and charm. He was humble but tough, and always defended his siblings and stood up for the Willis family name. Our sense of humor, our silliness, our creativity, among many other things started with Kyle. We will miss you so much! Until we meet again. PEACE OUT!   Kyle is survived by his parents, Lee and Joni Willis, his siblings, Kara Bedont (Spouse - Scott, Kids - James, Abby, Joey), Ryan Willis (Spouse - Janette, Kids - Olivia, Luca), and Jared Willis (Spouse - Melanie, Kids - Harper). His Grandmother, Faye Willis Jones ( Spouse - Myron). Many extended family members. He is also survived by his fiancé Miranda and her 4 kids; Gabriela, Edgar, Keira, and Xavier.  Internment will take place at Camp Williams under the care of Wiscombe Memorial.

This is the story of the adventurous life of Kyle Willis. The hell raising, joke telling, crazy risk-taking man who passed away on March 31st, 2020. Kyle made his mark on the world in his 39 years and touched many lives during his time with... View Obituary & Service Information

The family of Kyle Andrew Willis created this Life Tributes page to make it easy to share your memories.

This is the story of the adventurous life of Kyle Willis. The...

Send flowers to the Willis family.