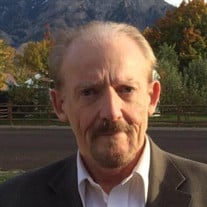 Kim David Olsen passed away unexpectedly on March 9, 2020. He was born in Logan, Utah on January 4, 1953 to Delbert and Deloris Olsen. He was raised by his aunt and uncle, Blanche and Warren Hansen. He attended high school in Logan and served a mission in Texas for the Church of Jesus Christ of Latter-day Saints. After his mission, he attended Utah State University, double majoring in Economics and English. He graduated from Utah State in 1978 as a valedictorian of his class. David attended New York University School of Government for graduate degree in public administration, and attended Magdalen College, Oxford University for an international land use program. He later attended the University of Utah, College of Law to obtain his Juris Doctorate. David’s parents and his siblings, Gary and Connie, preceded him in death. He is survived by his sister, Carol, his twin brother, Kay, and nieces and nephews. David is also survived by his four children, Ryan, Ashley, Nathan, and Graham Olsen. He has six grandchildren. He received lifelong love and support from his friends, Steve and Brad Morris. He spent his childhood with his cousins, Brent and Marilyn Hansen, whom he considered his siblings. David attended the Bonneville Ward in Salt Lake City, and ward members excelled at providing him fellowship and ministering care. Over the past few years, David worked for Nish Law Offices, doing criminal defense work. He was thrilled to participate in this work with Jonathan Nish. David struggled for years with an opioid use disorder, and his family is grateful for all those who helped him overcome this illness and gave him opportunities to work again in the legal profession. Funeral Service will be held Wednesday, March 18, 2020 at 11:00 AM at the Bonneville Ward located at 1535 East Bonneview Drive, Salt Lake City, UT 84105. Arrangements are under the direction of Wiscombe Memorial.

Kim David Olsen passed away unexpectedly on March 9, 2020. He was born in Logan, Utah on January 4, 1953 to Delbert and Deloris Olsen. He was raised by his aunt and uncle, Blanche and Warren Hansen. He attended high school in Logan and served... View Obituary & Service Information

The family of K. David Olsen created this Life Tributes page to make it easy to share your memories.

Send flowers to the Olsen family.