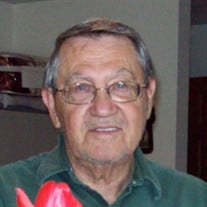 John Gilbert Szathmary, loving husband and father died peacefully surrounded by family on Saturday April 25, 2020 in Salt Lake City, Utah at the age of 73 after a long battle with brain cancer. He was born on February 3, 1947 in Quincy, Massachusetts. He was predeceased by his parents, Sidney (1995) and Vera Theresa (Gilbert) Szathmary (1997), whom he devoted himself in their last days, and his great-grandson Nyle Petersen (2013). John graduated from Shortridge High School in Indianapolis, Indiana in 1965. He started college at Purdue University, but left early to enlist in the U.S. Air Force. He served one tour in Vietnam. During his time of service (1967-1971), he was awarded the Air Force Good Conduct and National Defense Service Medals. Late in his military service, he met his first wife in South Dakota and had two children with her. John worked as a salesman at Sears Roebuck & Co in Indiana and eventually as an assistant store manager at Montgomery Ward in California. He moved to West Wendover, Nevada where, while working at a local casino, he met the love of his life, Sun or “Joey” as he fondly called her. They married in December 2000 and he gained a second family. They spent many glorious summers camping and fishing. He enjoyed doing crossword and jigsaw puzzles, watching the original Star Trek series and the Incredible Dr. Pol. He was also an avid reader and particularly enjoyed Isaac Asimov, Ian Fleming, and Louis L’Amour. In 2008, they retired together in their beautiful home with their cat Katie. John is survived by his wife Joey; sister Ruth Nelson and her husband Bill of Los Angeles, California; brother Bruce Szathmary of Mexico; four daughters – Michelle Kendall and her husband Skip of Braintree, Massachusetts, Tricia Szathmary and her partner Mark Christman of Tyndall, South Dakota, Toni Jewell and her husband Adam of Elko, Nevada, and Kim Baggett and her husband Travis Fisher of Ogden, Utah; six grandchildren – Joseph Szathmary and his partner Ebony Creswell, Adrianna Petersen, Aria and Jessica Fisher and Rose and Edward Kendall; three great-grandchildren – Elyna, Roan, and Freya Petersen; and many nieces and nephews. Per John’s wishes, there will be no services held. In lieu of flowers, please donate to the Salt Lake City VA Fisher House or Huntsman Cancer Institute. Arrangements under the direction of Wiscombe Memorial.

John Gilbert Szathmary, loving husband and father died peacefully surrounded by family on Saturday April 25, 2020 in Salt Lake City, Utah at the age of 73 after a long battle with brain cancer. He was born on February 3, 1947 in Quincy, Massachusetts.... View Obituary & Service Information

The family of John Gilbert Szathmary created this Life Tributes page to make it easy to share your memories.

Send flowers to the Szathmary family.