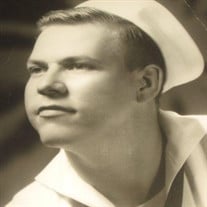 Jim "Kimo" was born on April 11, 1944 to Gladace Maybelle Hadlee and Robert T Olson. He died on July 27, 2020 at 4:20pm at the age of 76. He lived his whole life in Salt Lake and graduated from Highland High School in 1962 and entered the United States Navy right after. He served three tours in the Bay of Tonkin aboard the USS Kittyhawk which was the largest aircraft carrier at the time. He had the honor and pleasure of traveling all over the world while in the Navy. He had many a tale about the troubles he got into. He served until 1966 when he came back home to Salt Lake. Me married the love of his life, Nancy, on August 16, 1967. They welcomed Scott in September of 1969 and Terri in March of 1972. Jim worked for Kennecott Copper for 35 years until he retired in 1998. He took a brief time off when Kennecott closed in the mid-eighties and went to school. He returned upon the re-opening and finished his 35 years. He was a member of WBA Union. Oh how he loved those union parties at Magna Park. He was always the life of the party. Some of his best and favorite times were spent camping and fishing with friends and family. Campfire side with his guitar was always the best nights. The many trips to Rockport with the gang were unforgettable. He was always happiest with a cold beer in one hand and a fishing rod in the other. He loved to play on his computer with his wing man. Had many fun nights with everyone having LAN parties 'til the wee hours of the morning. There was never anyone more generous with their time than Jim. He was the first person anyone called when they needed help with anything. He would drop everything to help in any way he could. Even getting up in the middle of the night to chase one of us down or get us home safe. He became everyone's "Dad" or "Pops" and he loved you all. Jim is survived by his wife of 53 years Nancy Olson, Son Scott Olson, Daughter and Son-in-Law Terri and Phil Lamont and the Loves of his life, his two grandsons Kaleb Lamont and Braeden Lamont. He is also survived by close friend and chosen family member Greg Scarborough. You were a great comfort to him and so much help to us all. He also had many chosen families that he added to our family. The Nelson Family, The Brownrigg family, The Devey family, The Ellis family, The Gundersen Family and so many others. Know that if he knew you and welcomed you into his home you were loved by him and not just friends but family. He is also survived by his older sister Marie Reiter, His brother in laws Ned Cudney and Jack Cudney and many nieces and nephews. Jim is preceded in death by his parents Robert and Tommy Olson. His younger brother Neal Olson. His Mother in Law "Mom" Beverly Van De Vanter. At this time we will not be having a service per Dad's request. We will have a celebration of his life at a later date and will inform everyone of when and where that will be. Arrangements are under the direction of Wiscombe Memorial.

Jim "Kimo" was born on April 11, 1944 to Gladace Maybelle Hadlee and Robert T Olson. He died on July 27, 2020 at 4:20pm at the age of 76. He lived his whole life in Salt Lake and graduated from Highland High School in 1962 and entered the United... View Obituary & Service Information

The family of James Carl Olson created this Life Tributes page to make it easy to share your memories.

Send flowers to the Olson family.