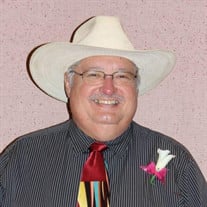 Francisco (Frank) Zamora III, age 64, passed away on September 5, 2020, at Utah Valley Regional Hospital, in Provo, UT after spending years battling complications associated with diabetes. Frank was born on July 31, 1956 in French Camp, CA to Frank L. and Dora E. Zamora. Born premature, underweight, and not expected to survive after birth, Frank was a tenacious baby who fought against the odds with an indefatigable strength and determination to survive, and it is this spirit that he carried with him throughout his life until the very end. A devout member of The Church of Jesus Christ of Latter-day Saints, Frank served a two-year proselytizing mission in the Denver Colorado Mission, which at the time also encompassed parts of Wyoming and Kansas, or as he referred to it, “God’s country.” On the day of his mission homecoming, Frank met Diana Christina Castro, who accompanied his family to see his return at the airport. The two would later marry and were sealed for time and all eternity in the Oakland California Temple on June 30, 1979. Frank spent the majority of his career in the semiconductor industry in Silicon Valley. An expert in the microchip manufacturing process, he founded El Dorado Technical Services, a consulting firm for semiconductor manufacturers, and later, SemiRegistry, a semiconductor equipment broker agency. His work allowed him to travel the world, which was one of his favorite pastimes. After spending 20 years in the semiconductor industry, he started up StoneCrafters Outlet, a custom kitchen and bathroom design, fabrication, and installation company. Although his work made up a large portion of how he saw himself in the world, nothing was more important for Frank than being a husband and father. He taught his children the value of hard work by involving them in all his business ventures. He supported their individual personal and professional pursuits and was always available as a confidant and a mentor. No matter the situation, Frank was there for his children to provide moral support and lift their spirits. As a grandfather, nothing gave him more joy than bringing laughter and a smile to his three grandchildren. At his core, Frank had genuine care and concern to help people from all walks of life. He enjoyed helping others by providing them guidance, support, and assistance during times of need. He carried this into his final place of employment working as a vocational instructor to prison inmates with the California Department of Corrections and Rehabilitation’s Centinela State Prison, where he was proud that they called him “Mr. Z.” Frank is preceded in death by his mother, Dora E. Zamora. He is survived by his wife, Diana, his three children, Justin Paul Zamora, Nicole Diana Huntington (née Zamora), and Kevin Matthew Zamora, and three grandchildren, Jaxon Jay Huntington, Mya Nicole Huntington, and Mason Beau Huntington. Memorial Service 9 September 2020: Services will be help at the Taylorsville 10th Ward chapel of The Church of Jesus Christ of Latter-day Saints Address: 4950 South 1950 West, Taylorsville, UT 84118 Viewing: 10:30am-11:00am Memorial Service: 11:00am-12:00pm

The family of Francisco (Frank) Zamora III created this Life Tributes page to make it easy to share your memories.

Send flowers to the Zamora family.