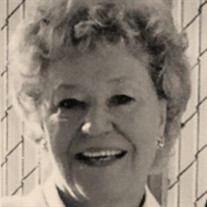 Edith Kalwies Crandall was born in Wanne-Eickel Germany in 1931, the daughter of Eugen and Martha Kalwies. Edith was the second of four children, growing up during a Worldwide Depression that devastated Germans not only economically, but which contributed to the rise of a politician and political system that still shadows modern Germans in some respects. Edith’s father held other ideas, and when he refused to join the staff in Berlin, he was drafted immediately into WWII, stationed in Russia, Iceland, and other undesirable outposts throughout the war. He was MIA for several years, which meant that Edith and her family anticipated life without him. The war impacted Edith in many other ways. Living in the heart of industrial Germany meant that her home city became a target for Allied bombing raids. Rather than childhood as we know it, a portion of Edith’s early youth was shaped by the shrieking of sirens, visits to the nearest bomb shelter, cacophonous explosions, and several years of family separation as she and her siblings were farmed out to families in the countryside to protect them from the bombings. This separation prompted a move to Eastern Germany and a short, but welcome, stay with an aunt and uncle on their rural farm. This afforded Edith’s family isolation from the war, enough to eat, relative peace, and most of all, the relief of being together again. As the war drew to a close, word that Edith’s father was alive, unhurt, and returning home also came with a warning to pack up and move back west ahead of the advancing Russian soldiers, who wouldn’t be as kind as their aunt and uncle had been. Refugees, the Kalwies fled back on packed train cars, hoping that they wouldn’t be separated for good. While the post-war years were spent rebuilding a country, cities, and homes, Edith and her family enjoyed relative peace as they put their lives back together. Edith built her own character and flourished as a young adult, developing domestic (cooking and household management), creative (piano, violin, singing, and acting), and intellectual (English-language and nursing) talents that would benefit her, her future family, and others in the decades to follow. In fact, Edith’s English-language skills allowed her to study nursing at the University of Edinburgh. Although a serious bout with tuberculosis shortened her studies, her stay in Edinburgh (and illness) also permitted Edith to meet her future husband, Bill Crandall, who lived in Scotland at the time. Five years and four yearly petitions to the U.S. Government later (because of her tuberculosis, she was denied emigration status, though she had long since recovered), a small provision to a Senate bill allowed Edith to emigrate to Los Angeles, where she married in 1956, started her family, became a U.S. citizen, put down roots, and firmly established herself in her new land as Edith Crandall. Edith loved her family, her community, God, and America. Edith became a devoted wife and mother to three sons and was deeply involved in her church and community. In fact, here are just a few markers that speak volumes about Edith’s influence: Cooking Cub Scouts Generosity Primary Relief Society Rolls, ham, and cheese Service Shift Supervisor Spiritual Living Teacher Stories The Boyfriend As her sons finished college, married, and moved on, Edith’s influence continued, although her focus also shifted to her husband’s steady decline from Alzheimer’s. After Bill’s death, neuropathy and foot ulcers from Type 2 Diabetes and the effects of Colon Cancer slowed Edith to the point that she could no longer drive and was forced off of her feet for much of the day, a blow that ended her ability to offer outside service, deliver homemade goodies, or drive to the local store. Others had to do that for her now, and Edith met that dependence with resistance. In 2018, Edith’s heel broke while simply standing up. Subsequent surgery left her somewhat mobile but unable to remain in her home of almost 50 years. Resigned, Edith moved to Utah, where she made her son David’s home, her own. After the effects of cancer, diabetes, age, and a life worn out in charitable service, Edith slipped peacefully from this world to the next on the afternoon of June 16, 2020, at the age of 88. Arrangements are under the direction of Wiscombe Memorial.

Edith Kalwies Crandall was born in Wanne-Eickel Germany in 1931, the daughter of Eugen and Martha Kalwies. Edith was the second of four children, growing up during a Worldwide Depression that devastated Germans not only economically, but which... View Obituary & Service Information

The family of Edith Kalwies Crandall created this Life Tributes page to make it easy to share your memories.

Send flowers to the Crandall family.