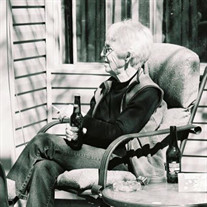 Donna Rae Pomeroy passed away on January 13, 2020 in Salt Lake City, Utah. She was born on September 21, 1937 in Glendive, Montana to Craig and Evelyn Palmer Pomeroy. Donna Rae’s story begins for the most part in Lincoln County when her parents, Joseph and Evelyn Decarlo moved to Caliente. She attended school, made friends (some for life), and got married to Donn Lynch. They had three children, Tony Donn, Kellman Pete, and Jody Lynn. They divorced and in 1959 she married Charles Ray Bleak. Together they had one more son, Coby Ray. Her life was spent raising her children, cooking amazing food, riding horses, fishing and hunting. She loved a good book. Donna Rae could host a camp like no other. She moved around Nevada with her husband and children, settling in Wells, NV until her divorce in 1991. She spent a brief time in Bend, Oregon, with her son Coby, but her heart missed the sagebrush after a rain in Nevada. With Coby’s help, she moved back to Panaca, NV. Most of us believe this was the happiest time in her life. Donna Rae worked at the Y, where she made many more friends. She loved everything about the area. Cathedral Gorge, the Panaca hot springs, and Rainbow Canyon. Although, she did always say that once you crossed the Lincoln County line, you found yourself in the Twilight Zone. When the old Y was torn down to make way for the new building, Donna Rae said it was the end of an era. She moved shortly after that first to Elko, then to West Jordan, UT, with her grandson, Jethro. Donna Rae was loved by many. Her pride and joy were her many grandchildren. She would tell anyone who would listen how smart and beautiful they were. She loved that her genetics were passed down, and each of them resembled her in some way. They were her legacy. Donna Rae passed away with family around her, holding her hand and loving her. She will be missed, but we are all fortunate to have made so many memories with her. Donna Rae is preceded in death by her mother, Evelyn Palmer Decarlo, father Joseph Pete Decarlo, sister Sharon Decarlo Rios, brother Gerald Joe Decarlo, sister Vicky Lee Decarlo, son Tony Donn Bleak, son Kellman Pete Bleak, and daughter Jody Lynn Bleak. She is survived by her son Coby Ray Bleak (Julie), grandchildren Tony Bleak, Jethro Knox, Michelle Bleak Strozzi, Patrick Bleak, Curtis Bleak, Kevin Federline, Chris Federline, Cameron Federline, 19 great grandchildren, and one great-great grandson. Services for Donna Rae will be held this summer, date to be determined, at Sun Creek and Muleshoe, where her children are.

Donna Rae Pomeroy passed away on January 13, 2020 in Salt Lake City, Utah. She was born on September 21, 1937 in Glendive, Montana to Craig and Evelyn Palmer Pomeroy. Donna Rae&#8217;s story begins for the most part in Lincoln County when her... View Obituary & Service Information

The family of Donna Rae Pomeroy created this Life Tributes page to make it easy to share your memories.

Send flowers to the Pomeroy family.