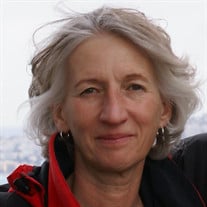 Dianne Ruth Nielson, dedicated wife, mother, grandmother, public servant, and friend, died suddenly of a heart complication on November 7th at her home in Salt Lake City. She was 71. Born April 2, 1948 in Elgin, Illinois, Dianne attended Beloit College in Wisconsin, where she met her best friend, Dennis. She graduated in 1970, married Dennis the same year, and continued on to New Hampshire for graduate school. In 1974, Dianne became the first woman to receive a Ph.D. in Geology from Dartmouth College. Professionally, Dianne was an ardent and fair-minded advocate of the environment who served the State of Utah in a number of energy and environmental policy positions. She began her public service career at the Utah Geological Survey and was soon thereafter appointed as Director of the Division of Oil, Gas, and Mining by Governor Scott Matheson. Over 27 years, and until her retirement in 2011, Dianne served six Governors, including appointments as Executive Director of the Department of Environmental Quality by Governor Mike Leavitt and as Energy Advisor to Governor Jon Huntsman. Dianne will be remembered for her pragmatism and ability to unite divergent groups to find common ground on complex issues of significant consequence. At her wedding, Dianne asked that a passage from Ruth (1:16-17) be read: “Don’t urge me to leave you or turn back from you. Where you go I will go, and where you stay I will stay. Your people will be my people.” This sentiment laid the foundation of what would become her life’s joy - parterships and family. She lived a life of service to her community and her family, teaching patience, kindness, and compassion. Dianne’s life was full and happy, and those who loved her are committed to continuing her legacy. Her sudden loss is profound and we will miss her so very much. Dianne was preceded in death by her parents Dorothy and Howard Gerber. She is survived by her husband of 49 years, Dennis, and her adoring children, Christina (John) and Preston (Amanda). She is also survived by her brothers, Bob and Matt, her mother-in-law, Gerri, and countless other family and friends. She was the proud grandmother of two brilliant girls, ages 8 and 4, who she loved dearly and got to see nearly everyday. She was eagerly awaiting the arrival of a grandson in January. An open-house celebration of Dianne’s life will be held at the IJ & Jeanne Wagner Jewish Community Center (JCC) on December 14th from 5 - 8 p.m. In lieu of flowers, please consider a gift to Utah Clean Energy or the Early Childhood Center at the JCC.

The family of Dianne Ruth Nielson created this Life Tributes page to make it easy to share your memories.

Send flowers to the Nielson family.